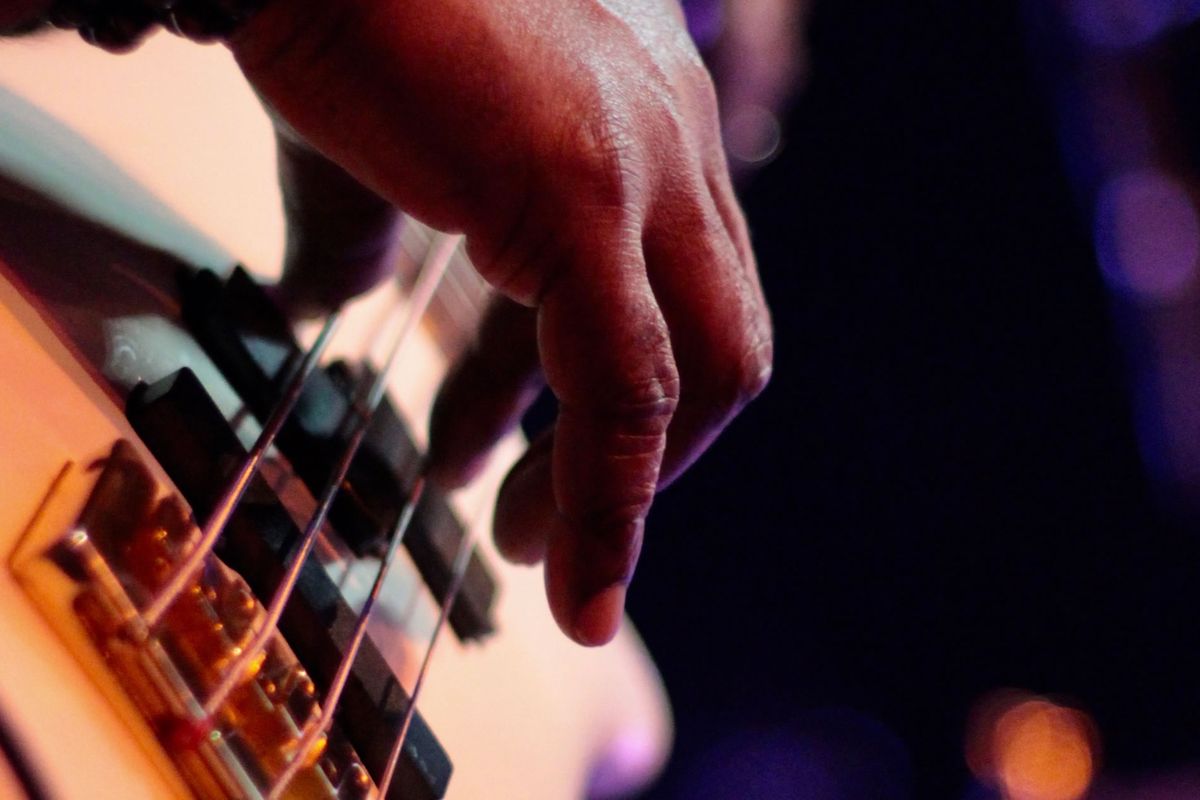 Carroll Dashiell is a native of Washington, DC. A graduate of Howard University, with citations in Who’s Who in Music and Down Beat Magazine, Carroll has been recognized for excellence in the music industry as a bassist, musical director/conductor, composer/arranger and also as an educator. His performance history includes concerts with the Boston Pops, National Symphony and Washington Philharmonic Orchestras; performance dates with Dr. Billy Taylor, Ethel Ennis and Geri Allen with Afro Blue conducted by Connaitre Miller and Bob Mintzer, Yellowjackets; in addition to concert and Broadway show tours with Maurice Hines, Stephanie Mills, Vanessa Rubin, Jennifer Holiday and the genius, Mr. Ray Charles. He can be heard on several Capitol (Blue Note) Records compact disc/album recordings as bassist with Bobby Watson and Horizon, Muse Records artist Roger “Buck" Hill and MACEO Parker and the WDR Big Band. He also appears as producer, arranger or performer on many national and international recordings including the critically acclaimed cd, Heir to the Throne by Carroll Dashiell and the CVD Ensemble.

Carroll Dashiell, affectionatly known as CVD has been involved in academia for more than three decades serving as professor of music at the Saint Mary’s College of Maryland, University of the District of Columbia and East Carolina University in North Carolina. He was appointed the Robert L. Jones Distinguished Professor of Music, 2011-2014 and served as the Director of Jazz Studies for 20 years. He has additionally served in the capacity of Director of Jazz Ensembles and String/Electric Bass Professor being the recipient of the 1994-95 Robert and Lina Mays and Robert L. Jones Distinguished Alumni Teaching Excellence Award, {university-wide “Teacher of the Year"}. He is also a three-time nominee for the Carnegie Foundation Case Award, {national “Teacher of the Year"}; nominee for the 2007 UNC Board of Governors Award for Excellence in Teaching and received an achievement award being selected by Down Beat Magazine as the Jazz Educator of the Year 2002.

CVD, in addition to composing, writing and arranging continues in performance as jazz bassist and keyboardist with many international artists and is very honored being appointed by North Carolina Governor Roy Cooper to the North Carolina Arts Council Board, being named Artistic Director of the African American Music Trails of Eastern North Carolina Music Series and having the City of Greenville, NC name the Carroll Dashiell Greenville Grooves Music Concert Series. Carroll additionally, is extremely humbled to be the Founder and Artistic Director of the Dr. Billy Taylor Jazz Festival, named in honor of his mentor.

CVD is the producer and writer of A Tribute to Motown Records, {a stage show and concert that celebrates some of the African-Amercan’s cultural contributions to the music industry, staged in the tradition of the famous touring Motown Reviews} that is selling out theaters and venues nation-wide.